My Life In Fandom: The Withered Imaginations Of Death Cultists Is Sad

I have one reaction to this trend out of WOTC and their fellow travelers in OldPub and the Big Two. 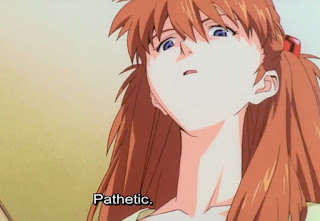 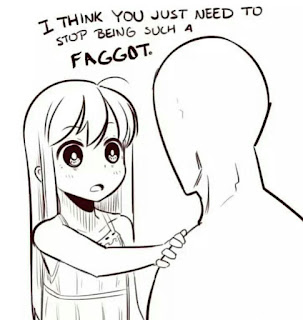 This is the result of a near-total severing of the hobby from the literary roots from which it grew and without which it dies, something that even this otherwise-apt meme misses because by the time of Dragonlance that severing was already well underway due to subversion in OldPub being actively undertaken. 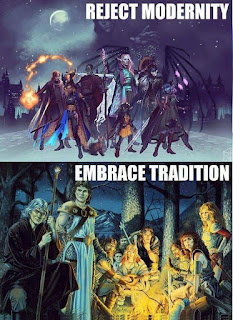 That severance of the literary roots is also paralleled with a deliberate severing of the gameplay roots in wargaming that RPGs--all of them--grow from. These severed roots, which Jeffro has been rediscovering with his Trollopoulus campaign, are the the basis for today's SJW-converged WOTC and the not-D&D they push on a credulous public that doesn't know that they're not even getting the real game.

(Jeffro, you ought to be familiar with Dave Wesely's West Marches campaign.)

Much as folks bag on Boomers, with increasingly good as well as apparent reason, the reality is that the imaginative adventures of the founding cohort were far and away superior to those of their present successors. Good fodder--Robert E. Howard, Clark Ashton Smith, Michael Moorcock, E.R. Burroughs, Fritz Lieber, etc.--in fertile soil carefully cultiated by a paradigm of classic wargame campaigning with both at-table and away-from-table elements (see Jeffro's post above) using "Braunstein" as a model would in time become Blackmoor, Greyhawk, Tekumel, and other classic fantasy settings. However, being Boomers, they refused--not failed, refused--to pass on this cultural patrimony bequeathed to them to we that came after them.

Now we see the result of this failure of generational stewardship put before us. These are atrophied imaginations by emotionally-stunted retards using devotion to the Death Cult as a substitute for achieving maturity and moving into adulthood- fantasties of rewriting personal histories to assauge unfulfilled (and unreasonable) expectations instead of fantasies of realizing inchoate ambitions, exploring new worlds, or testing oneself against adverse conditions in emergency situations.

It would be tragic if they weren't useful idiots for their masters marching through the institutions of the West, whose dogma they carry out without thinking to keep the dopamine flowing.

Fortunately we have plenty of alternatives to Fake D&D out there, and D&D itself is immortal thanks to the Open Game License, as much as Death Cult Central wishes otherwise.

And once Jeffro's rediscoveries reach critical mass, the commercial end of this hobby will implode and take the clout-chasing cultists with it. They can't imagine that, so it will never occur to them to stop Jeffro and his allies from spreading the word, so atrophied is their imagination.

And once they are gone, and they will go, we'll be able to rebuild better and this time keep them out for good.