My Life As A Gamer: History Showing Timekeeping In Action & Order Is The Default

No one in the United States talks about this front of the war, outside of anything to do with Gallipolli well to the south of this line.

Yet, as they note, we can see that--despite not being present there--it could have influenced Tolkien as Par observed; it is hardly unthinkable that Tolkien talked with one or more that fought on that front and took their experiences with being so readily observed by the Bulgarians into account when conceiving of Mordor and the Eye of Sauron.

Now, consider this for your game, Anon.

What does this story tell you? Consider the Allies as the PCs here, and the Bulgarians as the Opposing Force.

First, when running under 1:1 Timekeeping, those Bulgarians are not just waiting to get ganked. Every day that they are unmolested is a day that they reinforce and refine their defenses, shore up and expand their supplies, fill out their positions, and increase their vigilance over the contested territory before them.

That means, in gameplay terms, increase odds of hostile encounters- encounters likely involving attacks from hostiles that the PCs and their men cannot readily perceive, likely be unable to retaliate against, and are assured of attaining full Surprise (and all the devastation that can cause; imagine getting three full rounds of enemy sniper fire before you can do anything about it, along with artillery fire).

Old timers will sagely nod like this is obvious. Most players will have no clue that this is a thing and get mad; you can tell because, again, this is how it works in videogames and most RPG players are informed by the norms thereby and not by the wargaming roots of the RPG hobby.

To which I say only "Git Gud", which means not being like the retarded British officers in charge that front and demanding frontal assaults when that didn't work and clearly would not.

In a properly-run campaign, things cannot be static. If your party retreats, your opposition has time to recover and decide what to do about you and their position. Others may decide to intervene while you are away; that happens. The only way to be reasonably certain that a place you cleared stays that way is to occupy it; that's what "clearing wilderness to establish a Domain" is about.

Which allows me to post another video, this time from the Pundit.

This is one of the Pundit's best videos in a while, and he hammers against the Post-Modernism of Warhammer's pilfered-from-Lovecraft-by-way-of-Moorcock cosmology.

In short, D&D--and any fantasy game worth playing--has the implicit presuming that Order is preferable to Chaos and that Order, not Chaos, has the upper hand by being a default state of equilibrium. Chaos has to be the active agent in order to achieve its goals, and without active exertion it goes away.

This, by the way, is reflected in the nature of the Encounter Tables; wilderness encounters are more dangerous because Chaos (and Evil) has more room to manuever where Civilization (Order and Goodness) is lacking.

It's also implicit in the connotations of the Cleric and the Paladin classes, and even the Druid has something about it. (I have an opinion about this class, for another post.)

It's no surprise that AD&D works best when these are embraced and exploited for best effect, such that we now have a label for it (West Marches), and thanks to the #BROSR digging Patron Play back from the Memory Hole we can enjoy the conflict between Man and Monster, Order and Chaos, Good and Evil, as the proper wargame it was meant to be.

And make your enemies suffer when they think they can just neglect you after failing to breech your lines.

Posted by Bradford C. Walker at 2:44 PM No comments:

My Life As A Gamer: The New Model Colony Welcomes Its First Foreign Embassy

It's been a month. Let's check in on the New Model Colony since the end of October.

A warband of 175 Gnomes appear, first meeting the Dervish band and then being accompanied by same to the Colony after stopping to speak with the Treants. It turns out that this Gnome clan knew the Treants long ago, and are still friendly towards one another, but monster incursions drove the Gnomes away when their homes came under attack and they've been in a state of closure until recently.

These Gnomes represent their clan, which has a fortified homestead some distance (i.e. outside this hex) away, and wish to open relations with the Colony. The Treants vouch for the Gnomes, so the Colony accepts and the Gnomes are granted an embassy in the Colony- and welcome an Embassy in turn. Thinking quickly, the Cleric and the Fighter turn to the Dervish leader and ask him to be the Colony's ambassador to the Gnomes. Seeing that everyone benefits from this arrangement, he accepts.

With the return of The Architect from the Treants at the end of the month, he ensures that the agreements are settled and recorded in both parties' tongues. The Dervish leader gets ready to take his men to the Gnomes' homestead, accompanied by a few of the Gnomes.

Posted by Bradford C. Walker at 3:30 PM No comments:

Daddy Warpig Could Use Your Help

We take a pause in our regular schedule of talk about games and stuff to point your attention to Daddy Warpig.

I'm asking for prayers from anyone willing to do so, because I was diagnosed with metastatic Pancreatic cancer on Monday. I'm going into surgery on the 29th.

Anyone who could pray for me, I would be so very grateful.

I’m in the hospital, awaiting surgery on my cancer.

I wanted to thank everyone for their prayers, and say that I’ll see you on the other side! pic.twitter.com/yVCJtHzvG6

Posted by Bradford C. Walker at 1:33 PM No comments:

My Life As A Gamer: Practical Worldbuilding For #EliteLevel Players That #WinAtRPGs

Yeah, you, Anon. Wondering about your campaign again, right?

"Okay," you say, "I get that I can just hand over major setting factions to the players and let them do their thing, and I get that Jeffro Timekeeping whatever stuff."

I know there's a "But" coming.

"But what about the lore? The past? All that stuff? Isn't that a lot of work?"

Ivan, did you read what Anon here said? Of course you did. I can see it on your face. 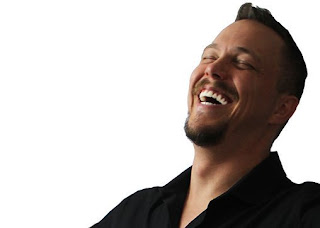 Look, Anon, you don't need to think that much about it.

Lean, and lean hard, into the implied and emergent nature of the game. You need not think harder than the last few years before play began, if that. You don't need to decide the ancient history of anything. You don't need centuries of lore. You don't even need what went down 20 years ago. Those details can be left alone unless and until they become relevant in actual play and no sooner.

Even that, you need not do it. Trust your players to come up with suitable material that fits into the campaign in a seamless manner. Stick to the simplest answer to any questions that arise from the implicit assumptions behind monsters, magic, or whatever is at hand- but once you do, commit and record what you decide for future reference.

You'll be surprised at the results, you will be entertained by the results, and they will look and feel a lot closer to Howard's Hyborean Age than Tolkien- and your game will be the better for it. You never need to spend money of "official settings" ever again, and the #EliteLevel players take the opportunity to shape the game for awesome by doing so. It's part of how the Perpetual Play Paradigm works.

My Life As A Gamer: More Lore Videos About Amaris Ruining Everything Today (We Hope)

A while back you may remember that Tex and the Black Pants Legion did a massive two-part presentation of the Amaris Civil War that ended the Star League. If not, well you're in for a treat.

Yesterday I mentioned that Sven van der Plank had a video addressing the same topic coming out today. Here it is.

Don't panic if it's not live just yet:

I may have to delay the video. Still processing HD (let alone 4K). Will delay up to two hours and if still processing it'll have to wait until tomorrow.

No worries, Sven. It's done when it's done.

If you haven't watched Sven's previous BattleTech videos, focus on the BIG videos that take the smaller clip-length ones and stitch them together. He gives a big-picture macro-level view that compliments Tex's more personal and ground-level perspective, giving context to Tex's (admitted, multiple times) biased view as a Taurian national.

If that's the case, do yourself a favor and follow the man. He's doing good work and is worth supporting.

Posted by Bradford C. Walker at 3:22 PM No comments:

There's no Geek Gab this weekend--go figure--but we do have a new Gelantious Rube video. You should take a coffee break and watch it.

And Jon Mollison had a video on the latest game in the Rampant series: Xenos Rampant.

If it looks familiar, it's because he used Dragon Rampant to do "The Fate of Stormbringer" earlier this year which is another iteration of the same ruleset focused on low-tech fantasy scenarios. You'll find the series at Amazon.

And then there's Sven, who's high-level perspective videos complement both Tex and Red, with a new video on the Amaris Civil War premiering tomorrow.

Finally, if you love your shitposting and Internet weirdos then Metokur's live on Saturdays between his monthly roundups.

Posted by Bradford C. Walker at 2:18 PM No comments:

The Blackest Of Fridays Returns Once More

Now that Thanksgiving Day has come and gone. You know what that means- SHE COMES!

And we are officially in Christmas Shopping Season. I've already completed mine, and I've told my folks where to shop for me.

If you folks are so inclined, you need a last-minute tax writeoff, or whatever hit up my 2022 XMas Page and pick something. Note that there's an Autumn Sale at Steam, GOG, Battlenet, DrieThru, Amazon, and a few other places like RightStuff.

But, for the love of God, do your shopping at home and don't go to the stores today in particular and this weekend generally. It's a madhouse. Stay home and be comfy instead.