My Life As A Gamer: Thrall Returns To WOW. Again. No, Seriously. 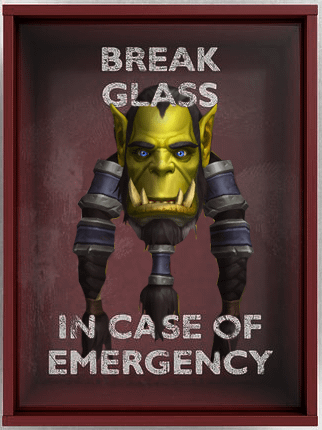 Battle For Azeroth, like Warlords of Draenor, is not a well-liked expansion. A lot of the goodwill generated by Legion got pissed away, and the development team had to notice sooner or later. Rather than address the narrative and technical flaws in the game, they're doing something cheap and cynical to generate hype. That thing is the return of the former Warchief of the Horde (and the only good one), Thrall.

It's cheap and cynical because this was the same damned plot used in Mists of Pandaria, back in 2012, with the entire "Fuck Garrosh" rebellion narrative that would play directly into the Iron Horde non-threat of Warlords. Yes, right down to reaching out to Thrall--who already retired and abdicated--to get his help in that entire rebellion thread last time. Now we're doing it again, beat for beat. Fuck this for a game of soldiers.

This is not going to end well. We're already seeing Yet Another Fucking Old God, but at least that was promised when BFA was announced, and we all know this flare-up of the Faction War will end with neither side broken and destroyed. Your choices as a player don't really matter, even if the game flat-out lies to you and says that it does, because your choices have no impact; you're no more in control of the experience than you are when you ride a roller-coaster, which is why WOW is a themepark and not a true RPG.

At this point, I'm certain that the balls shown at the pre-patch, with Sylvanas burning Teldrassil to ash and Anduin successfully attacking Undercity and forcing Sylvanas to deny it via massive Plague dispersal were a ruse-cruise and we'll somehow end up status quo ante, or close to it, when this half-baked expansion finally expires. If I had the power, I'd commit to the long-running fanon argument that WOW and Starcraft share a universe and start building on that idea instead.