Narrative Warfare: When You Notice The Fear

Once again, Stonetoss nails it. 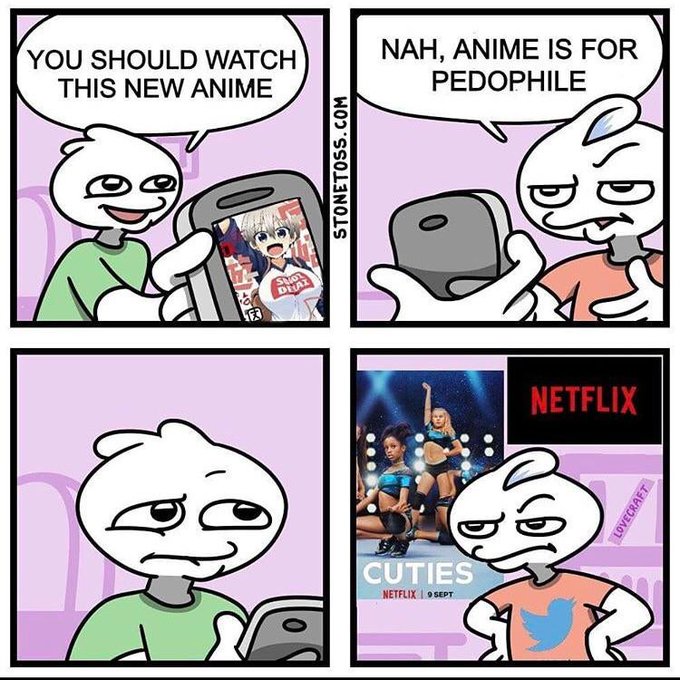 Aside from the Bluechecka with Muh Respectabilities, most of the press whores pushing the pro-pedo Cuties as not being pedo propaganda turn on a dime to proclaim anime generally and the mediocre (but oh-so-triggering to snowflakes) Uzaki-chan Wants To Hang Out as being just that. It's bizarre, but the blatant stupidity is itself propaganda and therefore intended to humiliate and not persuade.

The problem is that the control is not complete, so humiliation doesn't have the intended effect of cowing the targets into submission. It hardens their resolve to oppose the propagandist and his entire faction. If you're a criminal mastermind trying to engineer a civil war, that's brilliant. I doubt that the folks who are behind this are brilliant criminal masterminds. I think they are desperate cultists throwing shit at the wall and hoping something sticks.

Scientific American has never endorsed a presidential candidate in our 175-year history—until now.

The 2020 election is literally a matter of life and death. We urge you to vote for health, science and Joe Biden for President.https://t.co/8TlH7shjFn

You do not have formerly-neutral institutions take their masks off and endorse a failing candidate with dementia that's a poor stalking horse for a renewed Obama/Hillary regime if you have any confidence that you're going to win. You do this when all of your usual operations to guarantee victory have failed, and all of your backups burned out, so you're hitting the panic button and calling up every last man to the barricades- even the retards, cripples, and invalids. They don't need to hold a gun; they just need to play meat shield or living bomb and buy time, even if it's only seconds.

That's how desperate things are for the enemy right now. They haven't fallen back all the way yet--not by our perspective--but we should not disdain the possibility. Expect the financial fuckery to escalate--like that which afflicted Red Ice, Newproject2, and Gab--until the Feds shut that down. Expect rioting to escalate until that's shut down. Expect the Dems to throw tantrums where they still hold power until they can get turfed out of office in turn. Oh, and expect more media fuckery.

Why? Because the Narrative is (un)holy writ for the Death Cult, and they are predictably driven to violent frenzies when they are successfully defied.

And that is when you notice the fear. It is not rational. It is not brilliant cunning. It is pure emotion, and as such it can be--should be--exploited without mercy or remorse. You know what they fear; give it to them good and hard.

(If you'd like to throw me a bone, note this: Redbubble store opened. Only one set of listings for now, which are here.)