My Life As A Gamer: Cloud Gaming Is A Bugman Delusion

Google Stadia launched a cloud-based gaming platform earlier this year. It crashed and burned, and not just due to full retail prices for games you don't own. We'll get to that soon. Today I'm adding yesterday's announcement of Luna, Amazon's entry into this space. Niche Gamer has an article on it, and below is the trailer for it.

ALL CLOUD GAMING IS TRASH!

The reason this will fail is not because there isn't a critical mass of gamers who don't give two shits about physical media ownership, have no problem with microtransactions, and already exploit the hell out of sub-based schemes like XBox Game Pass. This isn't the point of failure that Amazon, like Google, failed to account for.

The point of failure is the state of Internet Infrastructure. 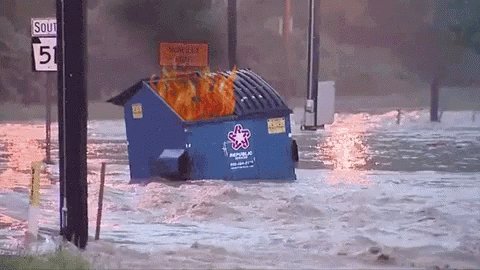 "But I live in (Insert Big Blue City Currently Being Wrecked By Riots Here), I'm fine."

Look, this is Bugman Tech, and like most Clown World Creations it has a problem dealing with reality. The reality is that the critical mass of gamers needed to make this work live with Internet service that is any combination of the following: (a) not unlimited bandwidth, (b) not top-tier speeds at peak hours, (c) degrades severely with multiple heavy users using simultaneously in the area (not in the house or flat, the area), (d) vulnerable to disruption by external actors for independent reasons (e.g. rioters fucking with power in an area).

Mobile gaming, at present, is focused on the far-lesser demands of a smartphone and everyone who plays mobile trash on the desktop or console knows it. You're not going to get proper AAA glory on a phone or tablet; the truth of that is found on the hardware specs for the Nintendo Switch, which is identical to the Switch Lite, and that console is meant to capture both mobile and console gamers (and has, successfully).

Because mobile isn't as demanding, mobile works given our infrastructure. More than that and you run into issues. Just look at the esport leagues, who routinely run lesser events remotely and thus see the effects that infrastructure has upon their participants; the big events are run by LAN--"Local Area Network" for you Zoomers--in person for that reason first and foremost.

Bottom Line: To make this work as intended, the Big Tech players must throw billions at major infrastructure upgrade, expansion, AND ACCESS SUBSIDES.

You will not get the ISPs or the Power Companies to do this. They're fine with things as they are, they are bigger--due to being more important--than the Bugmen Hives, and they have stronger ties to the states and Federal government so working the lobby angle to strongarm this into happening isn't going to be easy either (especially after Trump's anti-Critical Race Theory order).

What should you do in the meantime? Realize that your future doesn't rest in the Cloud. Your future, be in gaming or in any other media-focused activity, relies on your ability to freely access media at any time regardless of local conditions. That means a local physical media archive--a library--be it in your own home or in a nearby (as in, you can walk or bike to it) facility.

Even if this major hurdle is overcome, you should never abandon physical media for the reasons previously demonstrated: you don't own it, so you can have your access yanked at any time for any reason- including "we have a new console, so we're abandoning support for this one"; legacy content can be retroactively changed to suit Current Year without saying shit to you and again for any reason at all (including none); and choking all distribution into a handful of channels like cloud services always results in abuse of monopoly position for petty and stupid reasons that are against the public good.

So don't get invested in any of these things. You're better off putting together a solid home media archive and using that. Don't be a Bugman.