Narrative Warfare: SWFA Is Not Just A Terrorist Organization

SFWA is a terrorist organization.

For several years, we have remained agnostic on the Science Fiction and Fantasy Writers of America.

When authors asked us about SFWA, we tried our best to point them towards helpful resources and current members, and authors who we have worked with who have considered joining, we have done what we could to support their applications when asked.

While SFWA’s decision to discriminate based on race in a desperate attempt to become “diverse” is a gross and shallow attempt to remain relevant and deflect criticism of their organization and their members’ behavior and survive the contemporary ideological purges going on in the left side of the political spectrum, their pledge of support for terrorist organizations is beyond abhorrent.

Everywhere that Black Lives Matters goes, destruction, vandalism, violence and hatred [largely carried about by white “allies” aiming to create further racial divides in the country] follow in its wake.

Not content to keep their violence and destruction in public places and businesses, over the weekend, hundreds of protesters broke into a private neighborhood to threaten and menace the residents.

This is the kind of terrorism that SFWA supports.

And it is for this reason that Cirsova Publishing has officially adopted the policy of recognizing the SFWA as a terrorist organization.

We strongly recommend any authors with good conscience leave this malign organization.

We strongly recommend any authors considering membership to avoid it.

While we will not make it a policy to ask, Cirsova Publishing will no longer consider submissions from new authors with SFWA credentials in the bio materials that they send us until the organization takes a real stand against racism and disavows and ceases supporting domestic terrorist groups.

The members of this organization are well-aware of present and past members involvement in sexual abuse centered around fan conventions--never take your children to one until the con scene cleans up its act, assuming there is one in the future--as well as the concealment thereof and the gaslighting thereafter. Members are also tied into the more powerful organizations that write for film and television (and thus the sex abuse and trafficking going on there). Members tacitly and actively work to subvert Christendom and Civilization by abusing their gifts in rebellion against the same. Why not commit sedition and treason if you're already defiling the innocent?

Nevermind being a terrorist organization. SWFA is a Satanic Cult, a vile pit of heresy and blasphemy, and as such deserves the flame. 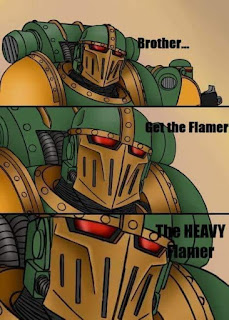 If you have any sense, come out of SWFA and repent of your error before it's too late.