The Business: American Comics Killed Itself

The Excellence of Elocution has a new rant all about the death of the Big Two, and with it the American comics industry. Have yourself a listen.

That the Japanese market is thriving is no surprise, but I share Razorfist's take that American comic readers are sleeping on the European scene- and we ought to be fixing that. For those dissatisfied with American offerings, and disliking the Eastern aesthetic, reading B-D comics out of France and Belgium should be a viable alternative- especially when English versions are available on Amazon. 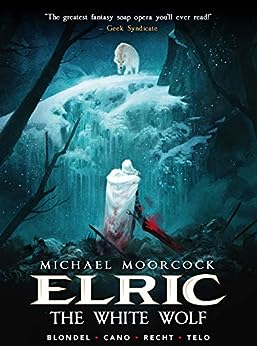 Look around for others like that. Rich colors, masterful artwork, full stories, not confined to capeshit or vigilantes (something American comics lost). To bring up a recent title, the Valerian movie may be a disappointment, but the comics are well worth your time and Amazon has you covered.

And there's a lot more out there, with Tintin being a long-running example alongside Asterix. Go digging. You'll find something to your liking sooner or later, and with that you'll find a world of comics that the Big Two would rather that you forget- same as with Manga and other comics producers.

Let the Big Two die. They did this to themselves, so they ought to suffer their just fates accordingly. Comics need not be tied to capeshit anymore than it should to battle dramas or romance stories, and the sheer variety of genres available in B-D comics makes this crystal clear.